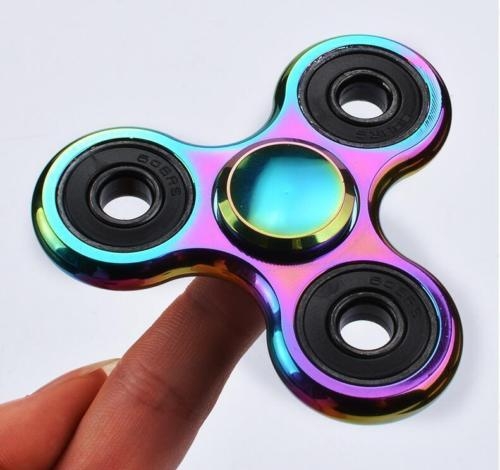 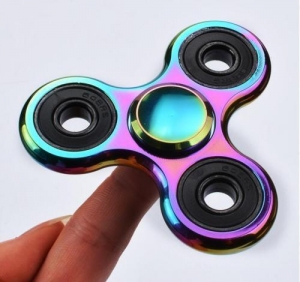 I bought a fidget spinner for Holly today after she washed my car. The pride she showed in cleaning windows and making the car rims shine was beautiful to see.

After we bought Holly’s spinner, she regretted the colour she’d chosen and was quite upset about it. Fortunately we were still in the shopping centre. Holly wanted me to ask for it to be swapped for another colour. After 30 minutes of discussing (more like arguing) why I would not do it and she had to ask if she wanted it changed over, Holly finally and ever so reluctantly, agreed to do it.

Before that point, I had to mentor her about birds being pushed out of a nest to discover they could fly. I had to explain to her that her brain saying she can’t, isn’t because she can’t. It is because she does not want to believe there is any other way. I kept persisting that if she gave herself a chance to explore how she could do it and what she would say, she could start to discover that she could do it after all.

Holly kept refusing. At one moment, I explained she had two destinies: one with a spinner she doesn’t like and regrets not changing over and another destiny with the spinner she loves! I explained that a mere 20 seconds of conversation could change her destiny.

No matter what I would say, I have to admit, she pushed very hard with her view, even though I promised to intervene if it became too difficult for her. Persistence is not a bad thing, if your view is helpful to yourself and others. But arguing that you can’t simply because you fear rejection is not how you create the life you want. Too many of us as adults do this every day. And I wonder if more of our parents had made it a priority for us to discover that looking for the ‘how’ often leads to finding it, what our lives would be like as adults. We should not fear rejection and expect that life will offer us rewards as long as we commit to finding them, and be willing to address the obstacles along the way. Is that not the best attitude to cultivate for our children and in all of us?

Holly was so proud of herself being able to speak up about what she wanted. Getting to witness decent people wanting to accommodate her needs just like dad had believed would happen was sweet relief for me. Ebony, the saleslady, was a delight as she saw clearly what I was doing and played her part perfectly.

I had to be a bad dad that did not understand her for a while. Her being upset and wanting to stay that way rather than make the effort was not something I was going to reward. But after that experience, she was so happy and felt so close to me. All the way home, she was chatty about life and creating beautiful conversion, while that fidget spinner spun in her proud hands.

As parents, we have to be parents first and then address whether they like us or not while we remain as assertive compassionate parents.

One one hand, the spinner was $15 and will soon enough stop spinning and be relegated to a box to collect dust. On the other hand, the wisdom from the entire experience of learning your ‘can’t’ can quickly become a ‘can’ was priceless.

I do however see potential in the fidget spinner being a meditation tool helping you hold focus on the mesmerizing spin and learning the discipline to maintain this state to help you access your flow.