How I came to Perform with Prince 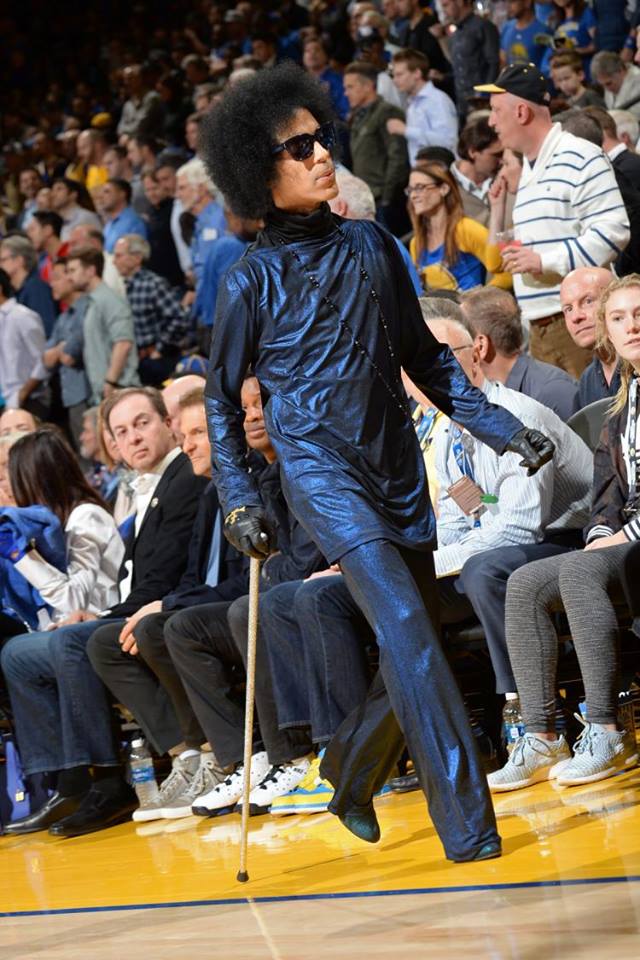 I hear about the $1000 on stage tickets and my bestfriend JB and I decided to go for it. They were very limited so as soon as the box office was open, I was redialing like a machine! But not surprisingly, it was constantly engaged and by the time I got through, they were sold out! So I purchased the $500 tickets as the next best thing, but was seriously disappointed with missing out.

A few hours later I receive an email from the NPG Club, notifying me that a second concert was scheduled. The next day, I was caught up in meetings, so it was not until 10:30am that I could get on the phone. I thought that I had stuffed up my chances, but I tried anyway. Amazingly, I got through straight away and purchased 2 x $1000 tix.

Now begins the journey. I was living in the Blue Mountains, Wentworth Falls and planned to drive down and leave my car at JB’s. We would cab it and make a serious night of it, as you do!

I farewell my wife Sabina (not a hardcore Prince fan like me) and go down with 6 Prince CD’s to fill the CD stacker in the boot. It was severely overcast and a storm was brewing, but there was no rain as yet. As I was placing the CD’s in the stacker I see a flash and hear the loudest crack of thunder that pierced my ear drums. The pain was intense!

Sabina comes out in disbelief as she was at the kitchen window in full sight of what just happened. She proceeds to inform me that a lightning bolt stopped into a ball of energy 1.5 metres above my head. I since have learned that if it was that close, it actually earthed through me, but it would not have been visible to the naked eye. I am not sure about that, but it sure freaked me out.

I drive down listening to Prince and an hour and a half later, JB and I are in a cab and arrive at the Sydney Entertainment Centre. We arrive at 4pm, given our VIP Backstage Access passes and are taken into the party room, given a show bag with Prince stuff in it, including the One Night Alone double album. We have a complimentary beer and fingerfood before we are escorted to the sound check session. Prince and the band are already there waiting for us.

We fill the first 3 rows along with those that purchased the $500 tix. Prince begins taking requests and joking around with us. This session went on for about an hour. It was a laid back jamming concert that was very enjoyable. I remember Prince at one point, taking the drum sticks, laying on his back near on of his speakers and just playing the floor. He’s just too cool!

Now we are escorted back to the party room to eat and drink. 20 of us were then taken to a room and we wait for Prince to come and hang out with us. Within 10 mins, he shows up as we all are waiting in a circle. He took the time to shake everyone’s hand. Coincidently, JB and I were hanging in the corner of the room where a corner table was positioned. Prince politely asked us if we could give up that spot for him to sit on. We did with a smile.

So Prince starts asking us questions and answering our questions on a range of topics. He was with us for an hour with no hurry to leave. It was truly special to see him close up and personal and comfortable hanging out with us.

My highlights talking with him included the following: –

Someone asks Prince what was written on his sweater as it was large and the word was in some gothic like font and travelled up his arm, through his chest and down his other arm. I was quick to offer the wrong answer; “Prince?” He kindly admitted he didn’t want to correct me, but it was Versace. lol

I asked Prince about an interview where he mentioned hearing music virtually non stop in his head. I asked, “If you have music non stop in your mind and thoughts are much faster than words, you would never have the time to write and record all that you hear. So we don’t get to hear all the music you do, right? He was taken a back with that insight, smiled and said, Thats right!

I complimented him on his website (I hung out for a week with Salmeh Hayek at a course in Washington State and we talked a lot about stuff. She told me about her interactions with Prince, potential future collaborations and how he was asking her if she saw his website yet lol) and of course he was very pleased the rest of the room all started commenting how great it was.

After hearing a rumour throughout the day, I asked him whether he was performing at the Basement after the concert. He said YES! And the entire room erupted with excitement. He was probably not surprised at our enthusiasm to experience a night club gig over a decade in the waiting.

I also got into a conversation with him about the future of connecting with fans and using the online environment to have a direct connection and share music more immediately etc. He was very clear about the importance of maintaining a physical connection with his fans.

He then shook hands with all of us and I kid you not, when it came to me, he held his gaze for an extra second and gave me a really nice acknowledging nod. I felt it and returned the gesture. I regretted not bringing my books with me and gifting them to him. A lost opportunity to share my art with him.

Once again we returned to the room for more complimentary drinks until the start of the concert. When the concert was about to begin, 20 of us were taken up onto the side of the stage and seated on stools on each side. I was seated right on the edge of the stage, closest to the front.

The concert began and the sound was mind blowing. The adrenalin of being in that position and looking up at 5000 people looking down at us cheering like mad was divine! It was not long before Prince came right up in front of me on the podium, singing and dancing directly in front of me. His butt was like only a few inches from my face lol. I know of many females who would have killed for that position! lol

After a few songs, Prince looks at us from centre stage and waves us over. We get out of our seats and are now with him, centre stage. The music pumps and we go off! I am dancing my butt off, showing off, going off! Maceo Parker and another two horn players come down and start a dance routine with Prince right in front of me. So what do I do? I joined in of course! I am standing with them doing the exact same moves and they are smiling at me, knowing what this experience must  mean to me. lol In 1991 at the Diamonds and Pearls tour, I could recall fantasizing at the same venue of being on stage and dancing with Prince. 12 years later, it happens for 70% of the concert. For most of the concert, I am dancing with the band and Prince! Unbelievable!

I recall walking up to the drummer and watching him drive the band. I am literally a foot in front of him and he is smiling at me and going off. I am thinking to myself at this stage, I could not dream a better experience.

When I am back with the group at centre stage dancing, Prince turn around and looks right at me and calls me over. So what does the group do? They start pushing me towards him but I was in no hurry. Why was I in no hurry I hear you ask?. 🙂 I sensed he was going to get me to sing, and I was not paying attention to the words and realised I was about to make a fool of myself.

As I got closer and these guys continued to usher me straight to him I managed to pull someone in front of me and pull myself to the side. I just averted the microphone in a nick of time! Then, a few songs later, Prince turns around and calls me over again. Once again, the group push me to towards him. This time, I am onto it. The song is Get Wild, I know the words and I am ready to rock the Entertainment Centre to its knees lol

I arrive at the microphone with two others to my left, Prince is now directly to my right, about 2 feet away. We are now singing the back up vocals to get wild. I can hear my voice through the entire place, and it sounded great. I was probably to much on a high to think otherwise lol.

As this surreal moment seems to last forever, I turn to my right and look directly at Prince. Everything seemed to fade away but the moment between us. Sounds romantic, but it was actually spiritual. I telepathically told him how grateful I am for this moment, how incredibly special it was and thanked him for making it so. He was looking at me throughout the sending of that sincere and heartfelt message, he smiled and nodded.I will never forget that magical moment between us.

The concert ended and we cabbed it to the Basement. We had special VIP wrist bands on and were let in first. We drank and waited for what would become the best concert of my life. Prince shows up with the band and they jam from 1am to 4am. It was the most amazing funk. The band sound so perfect and tight. JB and I kept commenting on that for years to come.

At one stage, JB started chanting, “It aint over, it aint over”. I joined in by the second phrase, and the entire club was chanting it for the next few minutes. The drummer remembered me from my visit onstage while he was performing and came up to me and gave me a drumstick that I later gifted to my brother. I also gifted my VIP badge to some woman that was freaking out about how cool it was. JB queried why I did that. For some reason even back then, I knew that all the reminders I would need were firmly placed in my soul forever. To write this piece 8 years after that event shows how ingrained in my soul it will always be. 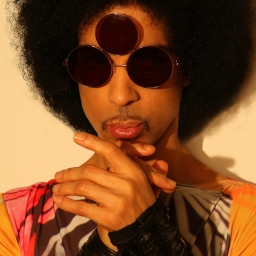 We are all designed to be designers of our life