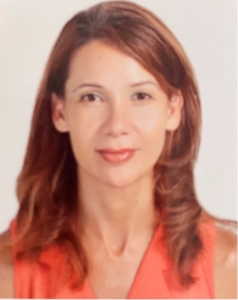 EP7 Certified Coach for Resiliency and Reinvention through Expatriation

As an EP7 coach with experience as a seasoned expatriate, I aim to help: –

I was born and raised in the beautiful island of Mauritius which is a melting pot of races, cultures and religions. On the street where I grew up there was a church, a mosque and a temple all cohabiting harmoniously with one another. I was therefore exposed from an early age to people who had different ancestry, customs and beliefs from the ones I had and my friends back home are from diverse communities and the colours of the rainbow.  Living on a speck in the middle of the Indian Ocean, I always had a keen interest in other lands, their peoples, languages cultures and stories. And because my parents did not have that much money and we couldn’t really travel, I became a keen reader and I travelled on the wings of my imagination.

It is therefore not surprising that, after finishing high school, I joined a travel agency. As I was only 18 I wanted to earn some money, gain work experience to toughen up and …TRAVEL! Which I did as soon as I got my first free travel agent ticket. However, at the back of my mind I always wanted to go to Uni. I knew I would have to go overseas because, at the time, Mauritius only had 1 uni with very limited courses on offer. My best option was France as my first language is French and it was the cheapest option. Knowing that my parents could only support me for the first three months and that I would need to find work to support myself for the rest of my studies there, I nevertheless set sails for Paris which would also be my first expatriation! I did manage to find work in a boarding school which implied that during my whole time as a student I was going to Uni by day and working from 5 to 10.30 pm as a tutor for afterschool homework sessions and supervisor of dormitories for the boarders. It was tough to be 12000 kilometres from my sunny island and my family and tough physically, mentally and emotionally to combine studying full time with a full-time night job. However, being in Europe and having school holidays allowed me to keep traveling and collecting more experiences.

I did return to Mauritius after graduating and worked there for a while until I met and married ‘a foreigner’ and found myself leaving home again to go settle in the UK. But not for long… Because of or thanks to my husband’s profession I started a life which has now spanned over 21 years of on-going settling and moving again in various countries across all continents. As an accompanying partner I would find work wherever we settled only to start again in the next country where we got posted. Talk about reinvention!

I became a stay at home parent after I gave birth to our daughter and had to face the challenge of being the main care giver to a real ‘Third Culture Kid’ : my now 16 year old daughter was born outside of her parents’ respective countries and has never lived in either of them.  I have had various adventures under the sun: from travelling kilometres of dirt track to a tiny remote village in India to take part in the inauguration of a well, to buying what I thought was fabric conditioner in a South Korean convenience store where everything was written in Korean, only to be told by my neighbour that it was dog shampoo!

As long as I was taking care of the house, our kid and the daily chores and dealing with various challenges throughout our expatriations I thought I was useful, like I was ‘contributing’ and I did not have time to question what I really wanted to do or be until my daughter started middle school and I suddenly experienced an existentialist crisis. I did not know what my identity was anymore, I felt lost, seemingly stuck, without a role or a purpose. I had been wife of and mum of for a while now and I felt disconnected from myself. I started to dread professional networking events where I was an’ accompanying partner’ as I would consistently be asked the deadly question ‘And what do you do?’  which would trigger anxiety and a sense of hopelessness as I was at a loss on what to reply –  ‘domestic goddess’ or ‘holistic homemaker’ not quite measuring up to the ambient standards in my view!

I felt terribly isolated whilst experiencing an increasing sense of shame because of the misleading belief that I did not actually ‘do’ or contribute to anything being financially dependent and having miserably underachieved and failed at life! Every one around me seemed to be such super achievers with a plethora of qualifications or high flying careers and I was doing what exactly?? My self-esteem was in shreds. And what I was believing about myself and my own negative inner dialogue showed up in my physical life in the form of harsh critical judgments from significant others about not earning my keep and being a liability. Until my sister who lives in Perth told me about EP7.

My EP7 personal development journey shocked me into uncovering a big self-worth wound and an erroneous subconscious program that made me think that everyone deserved the goodness and graciousness of life except me because I had failed.  Moreover, I discovered my true identity: eternal, created and never destroyed and not rooted in circumstances such as a role, a country, a job, a culture or an environment. EP7 not only gave me the tools to challenge my disempowering beliefs but also 52 principles to consistently empower me to deal with life’s ongoing transformations, and the quiet confidence to advance regardless of the ‘unknown’ or the new.  The proverbial cherry on the cake was the realisation that neither cavalry nor fairy godmother would come to save me because I myself was the cavalry and I had always held the magic wand!

I have now become an EP7 Life coach with, surprise surprise, a focus on resiliency in expatriation.  I am still an expatriate and am more than ever committed to accompany you in remembering your true identity wherever you may be.